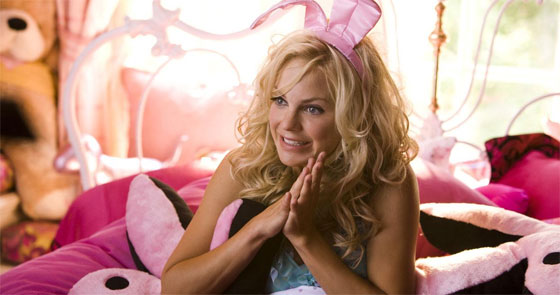 Anna Faris is buying expensive gifts to keep her strict mom happy as her mother is far from impressed with the daughter’s raunchy roles in films like Scary Movie and The House Bunny. “I still have my parents haunting me to ‘act appropriately’,” she tells Contactmusic.com adding, “I buy my mom off. With the Scary Movie series, I started giving her Louis Vuitton handbags. Then I thought, ‘How am I going to top this?’ Now she wants a villa in Tuscany.” And Faris insists she’s not exaggerating how strict her mother is as she banned her daughter from watching TV reading magazines, and playing video games when she was growing up.

Faris tells Self magazine that even the clothes she wore were scrutinised. “Anything with a Vneck was forbidden. Stirrup pants? That was a huge issue,” she recalled.