The Academy Awards are always a great source of gawking and OMG moments as our favorite actresses show off glamorous gowns on the red carpet. As is usually the case year after year, the 2013 Oscars saw tons of really awesome moments and some truly cringeworthy ones as well. Here’s a quick roundup of the best and worst! 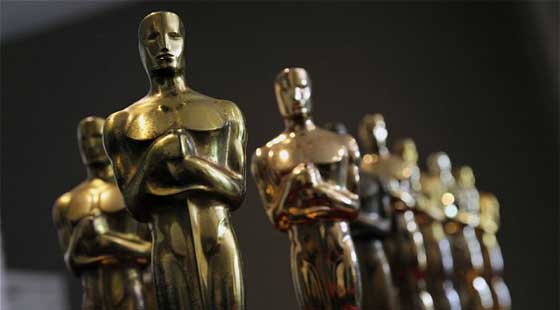 Worst: Kristen Stewart in Reem Acra. The embellished cream column gown might have been okay without the odd fishtails of tulle on the bottom.

Best: Kerry Washington in Miu Miu. The coral gown with structural gold bodice detail needed only simple hair and makeup to shine. Washington can rock blush and coral shades like no other woman on the red carpet and this was an excellent choice after a string of misses while on the press tour for ‘Django Unchained’.

Worst: Anne Hathaway in Prada. The side boob, the bland pale pink satin, the fact that the darts awkwardly accentuated her nipples…this was a terrible choice for the nominated actress, and looked like a poorly fitted apron.

Worst: Naomi Harris in Michael Badger. We love Harris, but this awkward mustard gown with an impossibly high slit and odd bodice detailing was not her best look.

Best: Jennifer Aniston in Valentino. A whole new Jen emerged arm-in-arm with new fiancé Justin Theroux. She abandoned her usual sleek black dresses in favor of a wowza red ball gown that turned all heads on the red carpet.

Worst: Sally Field in Valentino Haute Couture. Field also chose a red Valentino gown, albeit with sleeves and a very long train. But her petite frame was swamped by the fabric!

Best: Sandra Bullock in Elie Saab. Black was anything but basic with sheer panels and beaded details, yet this dress remained elegant, glamorous and not trashy.

Worst: Zoe Saldana in Alexis Mabille. Minus that weird bow belt, Saldana’s ombre black and white gown might have been a huge hit.

Worst: Naomi Watts in Armani Prive. Did she realize one shoulder of the dress was missing? Or was that an intentional element of her gunmetal grey dress?

Suprises at the Oscars
This month’s Academy Awards will have lots of new thing...
Slumdog Millionaire Sweeps Oscars, Wins Eight Awards
Rags-to-riches romance Slumdog Millionaire scooped up e...
Anne Hathaway Prefers Einstein Over Fashion
She may have played a fashionista in 'The Devil Wears P...

How to nail festival style, a la Coachella