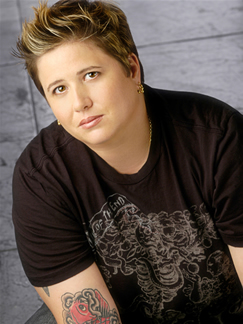 Daughter of singer Cher, will undergo a sex change. A spokesman for Bono, A born a girl to Cher and Sonny Bono, says “he has made the courageous decision to honour his true identity” and began the sex-change process earlier this year.

Publicist Howard Bragman said Bono is proud of his decision and hopes “that his choice to transition will open the hearts and minds of the public regarding this issue.” The 40-year-old writer, activist and reality-TV star came out as gay 20 years decade after declaring herself to be a lesbian, Chastity Bono, ago, Bragman said.

In his first book Family Outing: A Guide to the Coming-Out Process for Gays, Lesbians,&Their Families, Bono describes the realisation of being “somehow different specifically different from who my mom expected me to be.” Bono’s second book, The End of Innocence: A Memoir, details how relationships with Joan, a lover, and her parents changed after coming out.

In 1995, Bono posed for the cover of the gay magazine The Advocate and began working for the Gay and Lesbian Alliance Against Defamation (GLAAD).