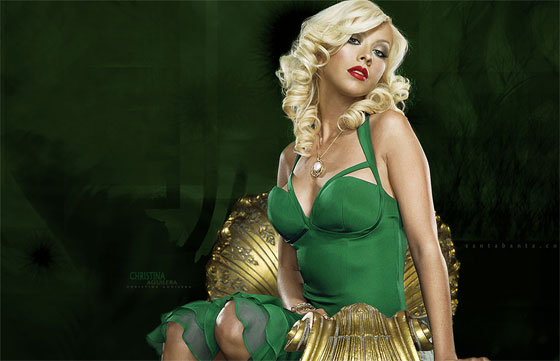 Christina Aguilera is reportedly in talks to play the role of a burlesque dancer in a forthcoming flick. The flick in question has been written by Steven Antin, and Christina has been considered for the lead role in the flick, reports the Daily Express.

On the other hand, dancing with the Stars professional Julianne Hough is also in talks to star alongside Aguilera as a pregnant showgirl. However, although a representative for the studio confirmed the movie is in development, it also stated that its “too preliminary to comment on” casting. Meanwhile, Burlesque is due to begin filming in January 2010.