Could the curfew diet work for you? 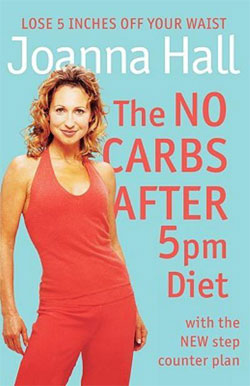 If you’ve already blown your New Year’s diet and are looking for something new to try, here’s a hot celeb diet to look into. Stars like Kim Kardashian swear by a Curfew Diet, which places a cut-off time on their daily meal plan to prevent late-night noshing. Typically, the diet calls for no meals after seven or eight o’clock in the evening, though some celebs only cut out certain food groups after a given time.

So, does it work? Plenty of stars swear it helps them stay slim, and there may be good hard data behind those claims. For starters, when you eat late at night, you’re typically munching on high-calorie snacks or other junk foods, so a cabinet curfew could help stave off those cravings. Late-night noshing also tends to happen in front of the TV, and when you’re caught up in your entertainment, it’s easy to overeat without noticing until you reach the bottom of that ice cream container.

Another reason closing up the kitchen works so well is that you simply don’t need that much food later in the day; your body is designed to consume more calories earlier in the day, when it will also be burning more calories, so feeding it large amounts of food late at night doesn’t make sense.

However, there are some cons. It takes willpower to stay out of the cupboard, so if you simply can’t resist the siren song of the potato chips, you’d be better off not buying them at all, rather than telling yourself you won’t touch them after 8 PM. Likewise, simply not eating after a certain hour won’t make up for a day full of indulgences, and if you’re starving, you’ll be miserable until breakfast rolls around (especially if you’re pulling late nights for work or school).

The key: make sure to follow a balanced meal plan during the day, placing one last small snack close to your curfew so you won’t be too hungry between the cutoff and your bedtime. That way, you’ll feel satisfied and you’ll be less tempted to raid the fridge during American Idol.

Top luxurious foods that you need to try – Part I

5 easy ways to slash 500 calories from your diet

Are all carbs still bad for you?

Are you eating too much sodium?