Dita Opted for Boob Job at 21 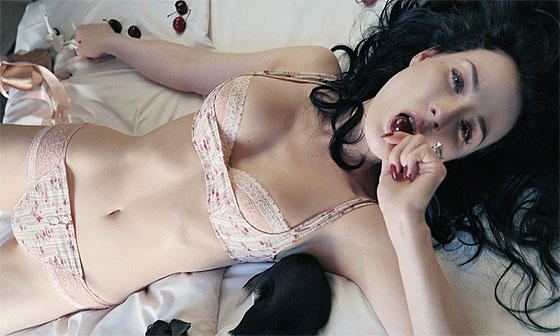 Dita Von Teese has revealed that she got a boob job done at the age of 21, because years of drug abuse had damaged her body. The burlesque beauty admitted that she began experimenting with illegal substances when she was a teenager and her habit slowly grew out of control during the 1990s.

Von Teese went on to say that her drug addiction took a major toll on her figure and she eventually opted to undergo surgery to repair the damage. “I was a bit of a party girl in the early `90s and used LSD and Ecstasy. Eventually my weight dropped and I looked terrible, so I gave up drugs,” the Daily Star quoted her as saying.

“My breasts never recovered, so when I was 21 I had 32D implants. Now I’m healthy,” she added.

Miley’s Tattoo and her Friends