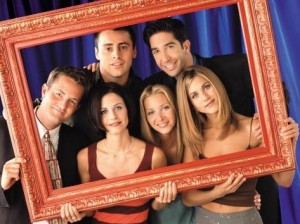 Cult comedy ”Friends” has been named the most watched TV show of the last 10 years. The series ran for a decade between 1994 and 2004 and it”s 2004 finale is the highest-rated broadcast in America since 2000, attracting 52.5 million viewers, reported Hollywood Reporter online.

The sitcom which launched the careers of Jennifer Aniston and Courteney Cox, revolves around a group of friends living in New York city. A 2000 episode of US reality show ”Survivor: Borneo” came second with viewing figures of 51.7 million and dating show ”Joe Millionaire” was third with a 2003 show garnering an audience of 40 million.

An episode of medical drama ”ER” came fourth, with 39.4 million, and TV talent show ”American Idol” rounded out the top five with 38.1 million. Other entries in the top 10 include episodes of ”Grey”s Anatomy”, ”Frasier” and ”Spin City”.

AVENUE Shopping Pass – 30% Off, This Weekend Only

How a smart girl gets ahead at work