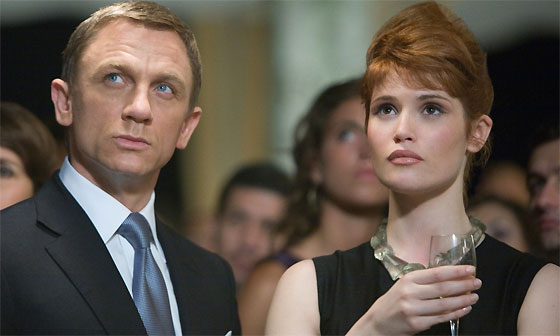 Bond lass Gemma Arterton has said that she likes to be away from the Hollywood thin bug, and instead prefers to be more curvy.
The Quantum of Solace star has claimed that she is happy with her curvy body, and would never deprive herself of food just to stay thin.

“I refuse to conform to this muscly, sinewy look that so many actresses seem to think is attractive,” the Sun quoted her as saying.

She added: “When girls say they’re not hungry, they’re lying. They’re starving to stay thin.” And Gemma is not the only one who likes to be a little weighty, for beauties of the likes of Kelly Clarkson and Kim Kardashian are ditching their diets and celebrating their curves.