It Brits: the girls of autumn 2012 fashion campaigns 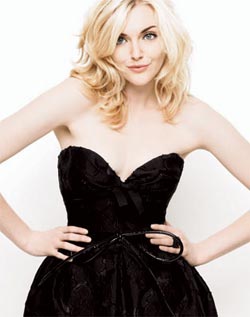 Plenty of our favorite celebrities are earning extra style points this autumn by starring in the hippest ad campaigns for the hottest clothing labels. Here are X of your favorite Brits whom you can expect to see in a magazine ad near you.

– Kate Moss for Rag & Bone. She’s easily one of the most famous and most recognizable British A-listers, and her rock-n-roll style is legendary. So it makes sense that Kate Moss would sign on as the face of this gritty American label, especially since they just opened their first European flagship store in London in July. Not only is the line now available in Sloane Square, it will also be showing its spring/summer 2013 collection at London Fashion Week next month!

– Gabriella Wilde for Burberry. It’s fitting that the iconic British brand would pick an up and coming British actress to front their latest ad campaign. The cinematic black and white photographs feature Wilde and musician Roo Panes at the Old Royal Naval College in Greenwich London.

– Georgia May Jagger for Hudson Jeans. The denim brand is celebrating its tenth anniversary and is using long time collaborator Jagger as the face of its celebratory campaign. The cabaret inspired print ads are complemented by a series of short videos starring Jagger and assorted guest musicians.

– Daisy Lowe for Eleven Paris. The cheeky ads feature Lowe and Iggy Pop dressed as though for a rock-n-roll wedding.

The Recipe Queen
After conquering the modelling world and storming the h...
The Second Coming
For the Lord himself will come down from heaven, with a...
Looking ahead: what will Kate Moss wear to the Olympic Closing Ceremony?
It's finally here: Vogue's internationally famous Septe...

Wedding Dress Trends over the Years

5 Outfit Ideas To Get You Through (Almost) Any Situation