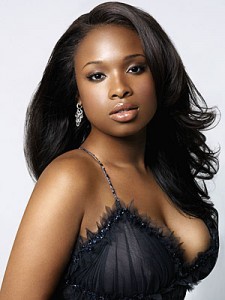 The film is based on the Anne Marie du Preez Bezdrob biography, Winnie Mandela: A Life, according to Variety. Production is scheduled to begin May 30 in the South African locations of Johannesburg, Cape Town, Transkei and Robben Island, where Nelson Mandela served 18 of his 27 years of imprisonment.

The movie is the second about the Mandelas this year, with Morgan Freeman set to star as the iconic president in the Clint Eastwood film Invictus, which is due in cinemas in December.

Hudson, who is expected to sing the film’s theme song, won the Oscar for her screen debut in Dreamgirls and followed with The Secret Life of Bees and Sex in the City.

“I was compelled and moved when I read the script,” Hudson said. “Winnie Mandela is a complex and extraordinary woman and I’m honoured to be the actress asked to portray her. This is a powerful part of history that should be told.”

Winnie Mandela was a fierce opponent to apartheid alongside her husband before the end of the racist regime. But she was tarnished by an association with a bodyguard who murdered a 14-year-old alleged informer in 1989. The Mandelas divorced in 1996 and she was convicted of fraud in 2003 for stealing from a funeral fund.

Winnie will be directed by Darrell J. Roodt, the veteran South African filmmaker whose 2006 film Yesterday was Africa’s Best Foreign Film nominee, and who also directed Cry, The Beloved Country and Sarafina!

Gisele is the Top Grosser