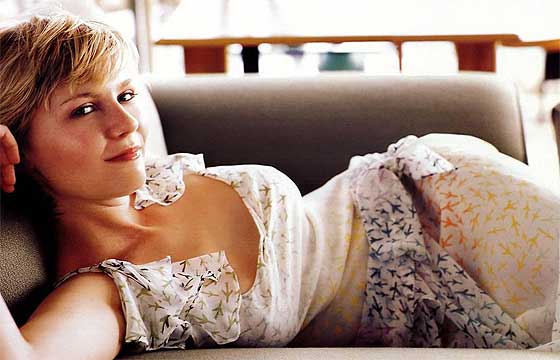 Kirsten Dunst recently had a one-night stand with a 22-year-old guy, sources say. “Kirsten met a cute, young, 22 year-old guy at a bar in Oxford, Mississippi and they partied together and had a hot little hookup,” Fox News quoted a source as saying.

However, the Spider Man star, 27, is apparently in no mood to follow it up. The insider added: “She invited him back to her hotel and even took him out for breakfast in the morning. She was having a good time, and she likes younger guys. But the two have no plans to see each other again.”

Dunst also threw a party recently for her brother, Christian, at Hollywood hotspot Madame Royale, where a plenty of his young male friends had gathered. “Everyone was drinking vodka and partying at their table. Kirsten looked like she was having a great night, laughing and dancing with all the young dudes.”

Also, she reportedly went on a tour to Memphis, Tennessee and Mississippi, where “she managed to squeeze in a little party time with some college kids on her travels.”

Kardashian Gets Beaten for Charity