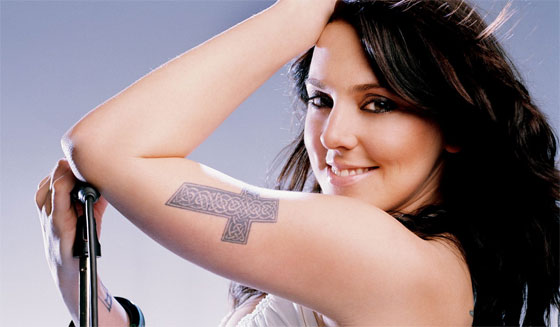 Ex Spice Girl Melanie Chisholm has said that she regrets having her tattoos because fans tend to spot her when she tries to relax incognito. The singer has 11 pieces of body art inked all over her body, including a large black cross on her left arm and a linked chain on her right. And now, the singer has confessed that her tattoo collection often causes her problems. “I do regret having them done, especially when I’m on the beach. When I’m hoping to go incognito, I can’t take my coat off in the sweltering heat because everyone will know it’s me when they spot them,” the Daily Star quoted her as saying.

Mel C, as she is popularly known, has also revealed that her tattoos are a major bother now as she has landed a role in a West End musical, Blood Brothers. “I have to cover them up every night on stage with camouflage cream it takes for ever,”