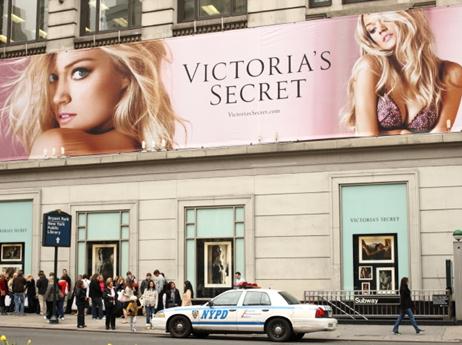 America’s ‘Angels’ are coming to the UK this month and bringing their famous lingerie with them.

Victoria’s Secret, the well known (and well-loved) American lingerie brand, is opening two stores in London. The first store opened in Westfield Stratford on July 24, to coincide with the start of the 2012 Olympic Games and hopefully cash in on London’s inflated population during the big event. But while that opening was a quiet affair no bells and whistles or special guest appearances Victoria’s Secret is pulling out the stops for the opening of a second store, rumored to be opening sometime this month.

Victoria’s Secret is known for offering push-up bras and knickers (or what they call panties) in a plethora of sizes, styles, and colors, so every woman can look and feel great without spending a ton of money. In addition to lingerie, the brand also offers sleepwear, swimwear, clothing, shoes, fragrances, and beauty products.

Also in honor of the London opening, Victoria’s Secret will be offering a limited edition scent, aptly named Victoria’s Secret London, which is described as a mix of violet leaves, mandarin, and neroli flower, inspired by “the beauty and romance of the city”.

By positioning itself on London’s designer heavy New Bond Street, Victoria’s Secret seems to be making a move to become one of the top lingerie brands in the UK. And while experts predict that the brand will easily surpass mid-market alternatives like La Senza, the move to New Bond Street hints that perhaps the brands has loftier aims. Perhaps it can unseat the UK’s top selling lingerie line, Elle Macpherson Intimates?

Katie, the Babysitter
Victoria Beckham called her friend, actress Katie Holme...
Five Brits designing and modeling their own collections this fall
Many of our favorite British models, singers, and actre...
British beauties cover September issues
Ah, the September issues. They're the annual and much c...

Doll up for Valentine’s Day in red dresses