What a Hot Vampire! 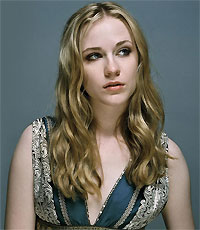 Evan Rachel Wood has signed on to star as a 500-year-old bloodsucking vampire in a hit U.S. TV drama. The Wrestler star will portray Sophie-Anne, the vampire Queen of Louisiana, in the upcoming second season of True Blood, which debuted last year.

According to website EW.com, she will appear in a two-episode arc at the end of the new season, reports Contactmusic. Meanwhile, rumors are abuzz that Manson and Rachel Woods have rekindled their romance. The couple, who ended their two-year relationship in October, last year, have reportedly reunited.

All for a Nude Look